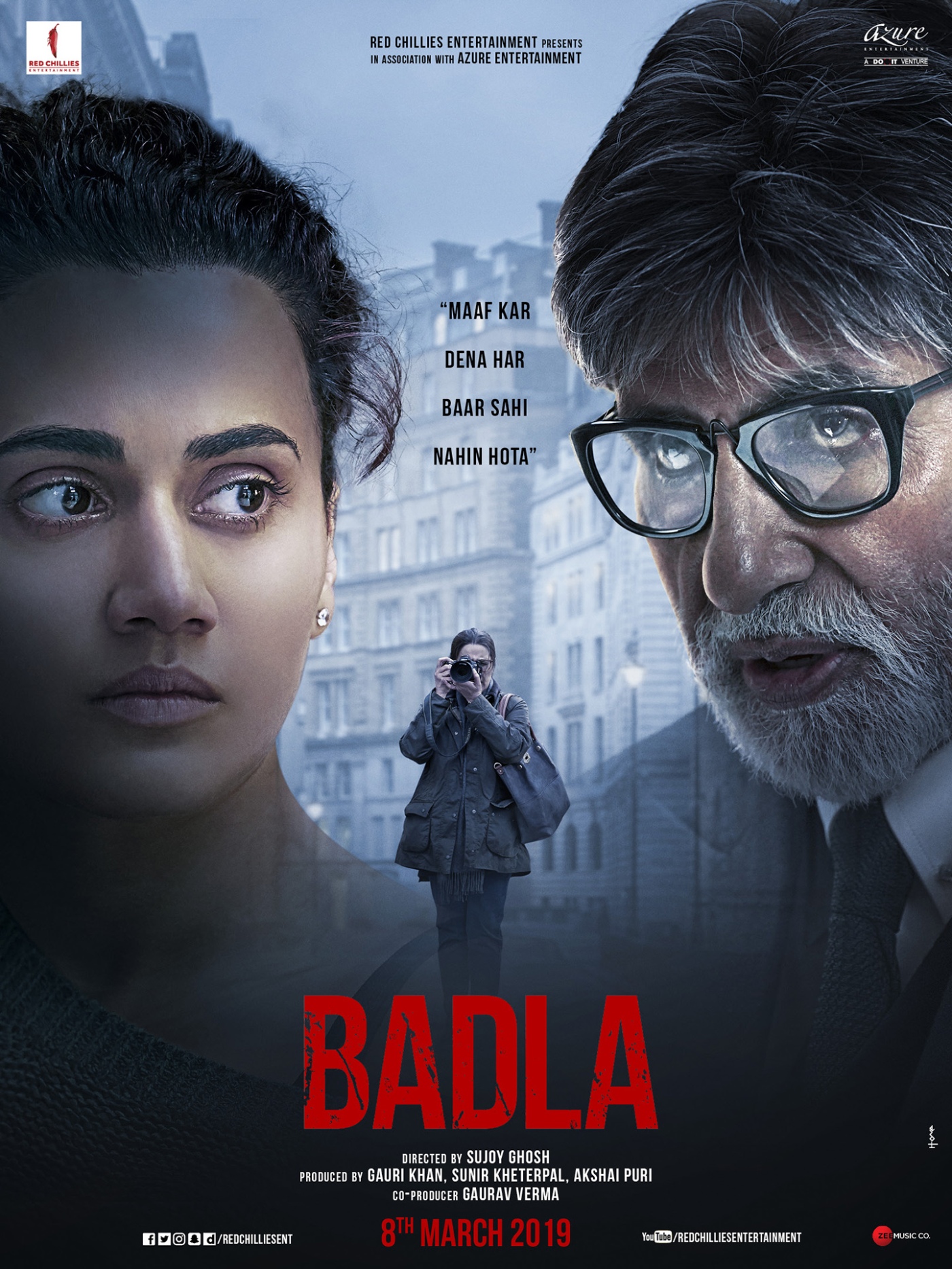 One of the more interesting and brilliant movies I got to see in recent times is ‘Badla’ starring Amitabh Bachchan and Taapsee Pannu in lead roles.

Directed by Sujoy Ghosh, the film released in theatres on 8th March and has been doing great so far. The remake of a Spanish film titled ‘The Invisible Guest’, the film follows the story of a successful businesswoman caught in the murder case of the photographer she’s been having an affair with. Her lawyer ropes in a retired leading defense attorney to help out on her case and story of what happened and the truth behind the main characters forms the rest of the story.

The movie exceeds expectations with brilliant direction on Sujoy Ghosh’s part. He leaves very little obvious and more twists and turns than we’ve ever seen before. The film keeps us guessing right up until the very end. A brilliant new perspective to an age-old revenge story to keep the audience engaged.

For the most part, the film happens in flashback during a conversation between the lead and her attorney as they try to understand everything that they know happened and then also everything else.

Brilliant acting from all of the main cast pulls the film together. The shades to both their characters that are revealed little by little that we realize in the end, we had hints to but never anticipated. Taapsee, Amitabh Bachchan, and Amrita Singh are a huge part of why this movie is a success. The thriller is a beautifully shot film with great cinematography by Avik Mukhopadhyay and smooth editing by Monisha R. The clever wording and direction that leaves the audience with hints about what is to happen throughout the film and yet not give away too much is a definite plus.

While the movie has us guessing, for the most part, it still seems to have ended up with a bit of a predictable screenplay. The cinematic twist to the climax is something that some people would love, and others might just get exasperated with.

This is one film that I definitely recommend. I give it a 4/5.