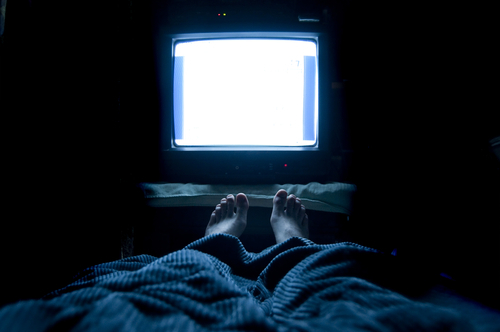 She would have to make plans with Ryan. She almost felt like she kept making him hang out with her all the time these days. Aah well, she knew he adored her, and well, more importantly, she knew he’d understand. Besides, he always managed to find something to do.

With the thought almost cheering her up, she texted him about the weekend and went back to her brief. Her weekend looked much better to her now¦.

‘You’re not drinking!’ Ryan noted with a quizzical eye.

‘So? I don’t always drink’ she shot back. After all, last weekend was one of the very few times she had ever got drunk and Ryan knew that.

‘Yea, but this is the fastest I’ve seen you get alright after something upset you that much!’ He replied trying to reason with her.

‘I know, and I owe it to Henry.’ She replied, a smile on her face and her mind in the beach!

‘Oh, yea, the barkeep from last weekend. We ended up talking all night. It wasn’t about anything specific, just talking, getting to know each other I suppose, and I don’t know, it helped me get my mind off of things. And I guess that’s what I needed. A reminder to stop obsessing and focus on me. Plus, I had a nice week at work. It was fun and there were chocolate crepes yesterday!’

‘Hahaha, well, cheers to Henry then’ he said, raising his glass.

‘You talking about me?’ A voice piped in from behind Ryan, and in a second, she could see Henry’s face peep at her.

‘Heyy, what are you doing here?’ She shot back, giving him a brief hug.

‘Haha, I’m not stalking you, relax, I’m with friends, saw you and thought I’d say Hi’, he replied pointing at a group of people at the other end of the restaurant.

‘Ohh, cool. Oh, and yea, this is Ryan, my best friend. Ryan, this is Henry!’ She introduced them and the boys shook each other’s hand.

‘So what were you thanking me for, again?’ Henry asked.

‘Well, happy to be of service. Right, I better get back to my friends before they assume I’m ditching them for a girl again. But it was nice to meet you, Ryan and extremely nice to see you again darling! Bye’. He shook Ryans hand again, kissed her on the cheek and walked away.

She was still looking at him walk away when Ryan’s voice cut through to her, ‘He seems like a nice guy. You ready to order?’….

And so went their evening. It was always nice to hang out with Ryan. He had a way with her that made her comfortable and forget all else. Even if they were just eating dinner, it was always more fun when Ryan was around and today was no exception.

They enjoyed a nice meal, he drove her home, they watched a horror movie together and they sat up talking way past anyone’s bedtime. They talked about the past, the present, what they wanted in the future. They added more things to their bucket list, laughed uncontrollably at random things and just enjoyed each others company.

By the time he left, it was 6 am and Saturday morning!

Seeing Henry last night had given her a weird feeling. She hadn’t expected it at all, but she had realized that after that night talking, she had also missed him a bit. Before she went to sleep, she had texted him, asking if he wanted to hang out during the weekend and hoping for more plans for the weekend when she woke up, she finally went to bed.