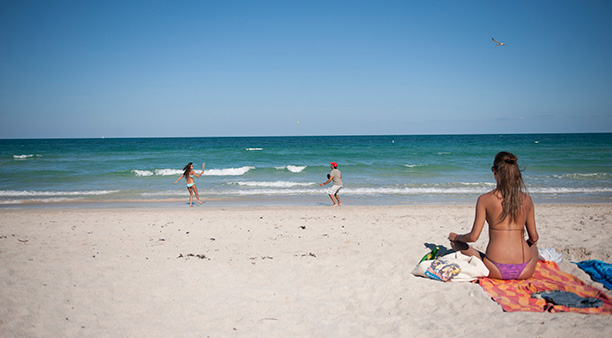 As I sat there looking around, I could not hold my patience. It had been more than 15 minutes since he had gone off to take a dive into the sea with a cheerful “I’ll be right back.” And yet, he still wasn’t here after 15 minutes. The first 5 minutes had passes fast while I lay on my towel tanning under the hot sun. But the minute I put my robe back on, my patience had started wavering. I’d tried his phone for another 5 minutes before I realized that it was jumping frantically on his towel beside me. The last 5 minutes I’d passes muttering and scolding him for being so late.

I jumped a mile as a voice behind me shouted.

“You Idiot.” Was all I could manage to say before I’d started hitting him. We finally settled down on the towels with his hands underneath his head and my head cushioned against his abby, muscular chest. I looked up and into his eyes, those light blue eyes that had first revealed his existence to me and by the time I’d gotten sane again, I had my fists to my chin on his stomach and he was staring back at me. At that moment all that occupied my thoughts was his soul, deep down in a world of our own where only the two of us belonged.

Nothing could ruin what they had. I counted on spending my life arguing with me. But it would never go wrong. We were too far gone for that.