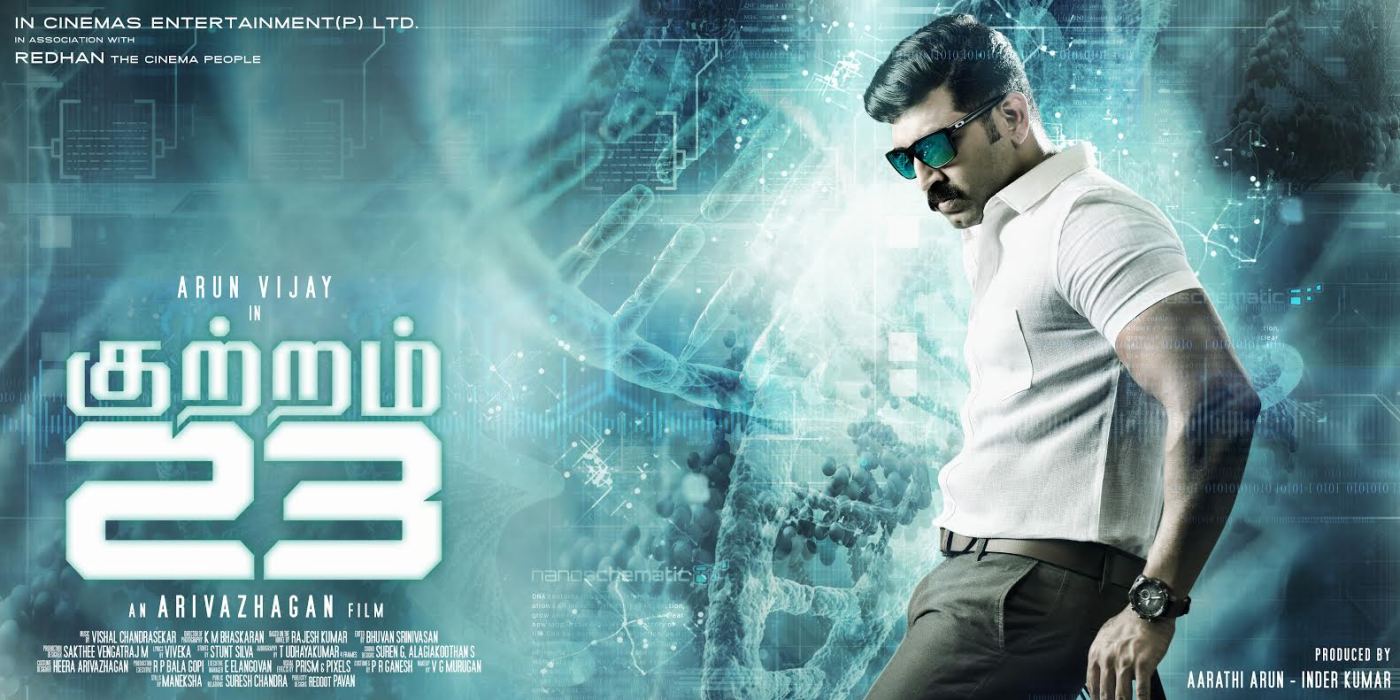 So I know that I’ve been writing book reviews for a while now. So here’s a different one.

Recently I went to the theaters to see this new film with my family, ‘Kutram 23’.

Directed by Arivazhagan, the film stars Arun Vijay in the lead role alongside Mahima Nambiar.

The film follows the story of Vetrimaaran, the Assistant Commissioner of Police and his journey in solving a new case.

After a news story he watches on TV, about the death of ‘Father’ in a church, Vetri’s interest is piqued and he decides to take on the investigation of the case. At the same time, he is also given the responsibility of a missing case. Suspecting a connection between the two cases, Vetri decides to investigate both. The movie then goes on as more characters are introduced and the story develops.

Without giving away too much of the story, the basic plot follows how Vetri solves this case, how it relates back to his history and how he finally comes through successfully.

Right, so first the cast. After his recent comeback into cinema, Arun Vijay again proves his talent as an actor in yet another different role. Despite the many policemen we have seen in Tamil Cinema over the years, this character somehow manages to break the cliché and stand out.

Similarly, all the other cast too have done a splendid job in portraying their characters, including Mahima Nambiar, Thambi Ramaiah, Abhinaya, Kalyani Natarajan and Vijaykumar.

Despite coming in for only a comparatively small amount of time, Vamsi Krishna does a great job at playing the threatening villain.

After his stint in his other movies, Aravind Akash does a more solid and different role in this one and does a great job of it.

Amit Bhargav too does a great job in his first solid role on the big screen.

With a great casting, the film wins right there. The solid, unique, and interesting plot makes it even better.

Cinematography by Bhaskaran too compliments the movie very well.

Music by Vishal Chandrasekhar, even if it doesn’t stand out very well as individuals, does a spectacular job in complimenting the scenes.

The film, according to me, is purely uncommercial.

While there is comedy by Thambi Ramaiah that makes the audience laugh out at several instances, the movie is not just another masala flick. This, according to the movie is both its positive and negative, simply based on the majority audience preference that to this day, wants to go sit in a theatre, enjoy, laugh and come back home.

Overall, as long as you don’t watch a movie expecting a masala flick, I assure you, that you will like it.